An interview with Diamond Fireplace: Celebrating their 35th anniversary and working in partnership with Montigo.

WHERE ARE YOU LOCATED?
We have a 5,000 square foot showroom in Calgary at 10221 15 St NE #4, though we support far more than just Calgary. Diamond also services southern Alberta and eastern British Columbia in areas such as Invemere and Ferine.

HOW MANY EMPLOYEES DO YOU HAVE?
Our President Richard Fankhanel oversees around 25 employees, though this fluctuates with the season, especially with the stonework side of the business. On the fireplace end, Diamond services every product that we sell. Our knowledgeable technicians are always available to do maintenance and repairs to ensure products are in top shape. Our technicians check to make sure the valves, thermocouple, and switches are in peak order and that everything is clean and well kept, so clients are ready to enjoy their fireplace when the weather turns.

HOW LONG HAVE YOU BEEN IN BUSINESS?
We just celebrated our 35th anniversary.

WHAT INSPIRED YOU TO GET INTO THE FIREPLACE BUSINESS?
The business was started by my father Gary back in 1983. He started the business selling a small selection of wood burning fireplaces and eventually branched out to offer gas fireplaces and stonework. Since then we’ve moved into a 5,000 square foot showroom with over 70 burning fireplaces, as well as offering custom fireplaces for malls, hotels and residential applications.

HOW LONG HAVE YOU BEEN WORKING WITH MONTIGO?
We’ve been working with Montigo since 1998 selling C-View custom units, and for just over 3 years selling the full range of residential products and commercial units.

WHAT STARTED YOU WORKING WITH MONTIGO?
We knew the Montigo sales manager, Kosta, through a previous relationship. He called one day and we spoke a little about what changes he saw in the Alberta landscape as well as new products and innovations that Montigo was developing. A few weeks later our President Richard Fankhanel, our General Manager George Clayton and I flew to Langley for a meeting, and shortly after we signed on and built a relationship from there.

WHAT IS THE MOST INTERESTING MONTIGO PROJECT YOU HAVE BEEN INVOLVED IN?
Recently we installed a 13 foot see though fireplace in Deerfoot City, a new shopping and entertainment center in Calgary. The unit features a custom BF traditional logset as well as an indoor/outdoor seal kit with powered COOL-Pack glass.

Diamond and Montigo have also been involved in an exciting new project with HGTV which will be announced soon, so stay tuned. 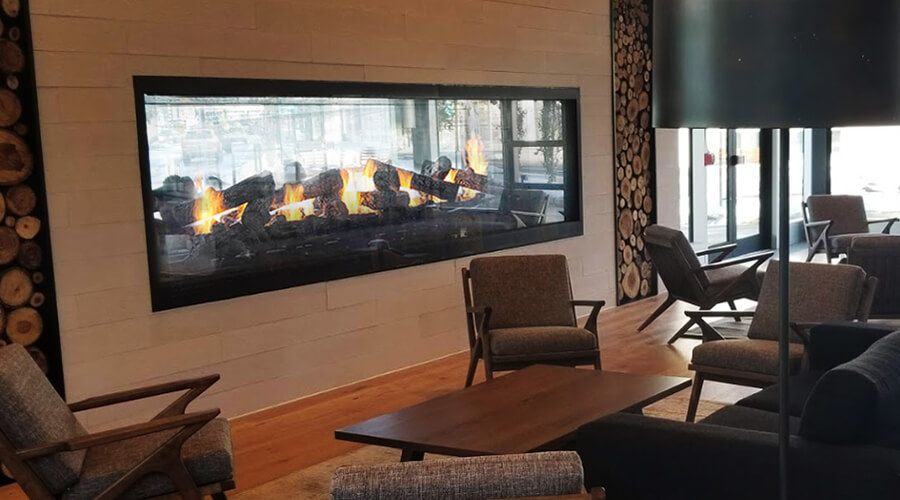